Earlier this year a private client called us to discuss a beautiful soumach weave (flat woven) rug. The rug was hanging on display in their house and they had noticed evidence of moths.

The client emailed us photographs of the rug from which we were able provide them with repair options and the likely costs involved. The client decided they would like to go ahead so we travelled to Oxfordshire to view the rug in situ.

On assessment we discovered a considerable moth infestation on the reverse of the rug. The rug was hung slightly away from the wall providing easy access but a warm dark undisturbed location in which the insects could happily breed. The nature of the weave in this type of carpet also lends itself to insect infestations, as on the reverse of the rug you find a wealth of woollen thread ends between which the larvae can easily go unnoticed, and enjoy easy access to wool.

In some areas this resulted in large holes, with many other small holes throughout.

Extensive vacuuming to the front and reverse was carried out removing dust, grit and moth frass. Wet cleaning could not be carried out due to fugitive dyes. 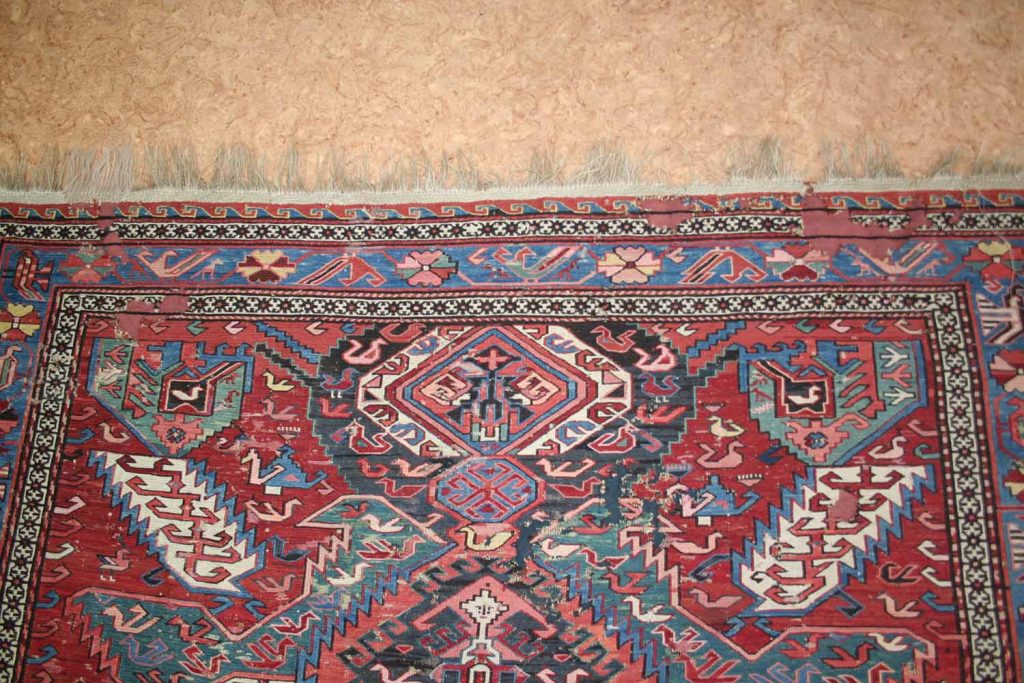 Originally the rug was hung on display around a slightly curving wall in a corridor. The curve placed strain on the textile. People brushing past the rug in the corridor could cause cumulative damage. Small curtain rings had been attached at the top of the rug in order for it to be hung. The rug was heavy so this style of hanging of the rug was causing strain, resulting in damage.

Following discussions with the client regarding these problems, solutions were found:

A flat wall in a stairwell was to be the rugs new home where it is rarely brushed against. We attached a new Velcro hanging system to the top and sides of the rug in order to distribute the weight evenly. A full lining was attached to the reverse as an insect deterrent. The new position incidentally allows the viewer greater access. 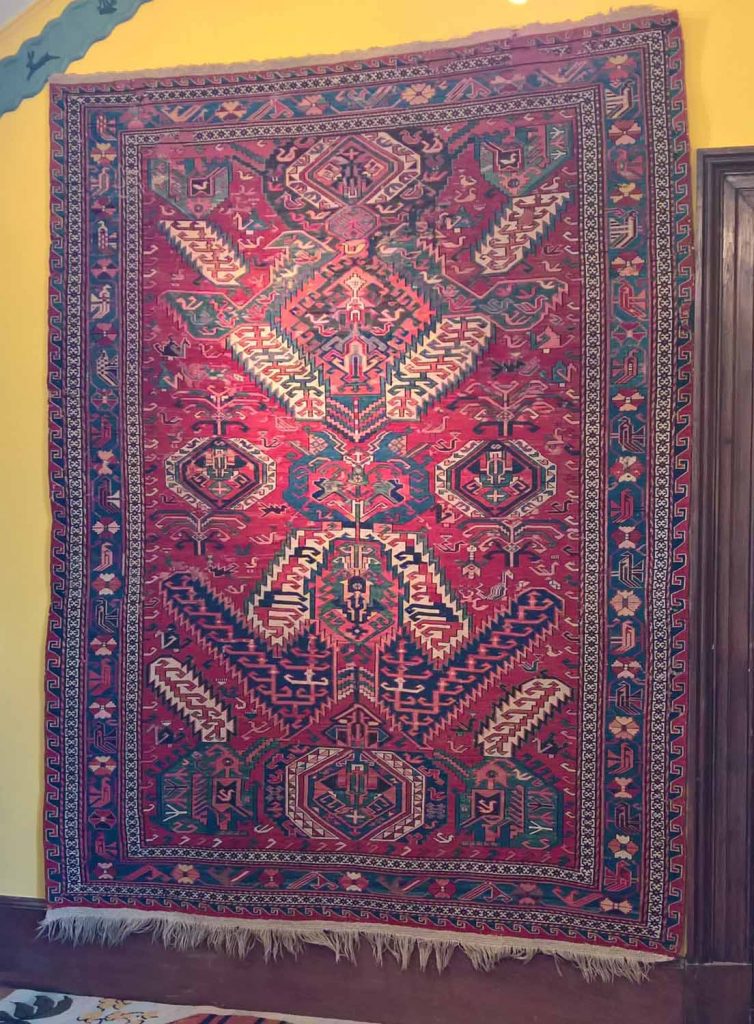